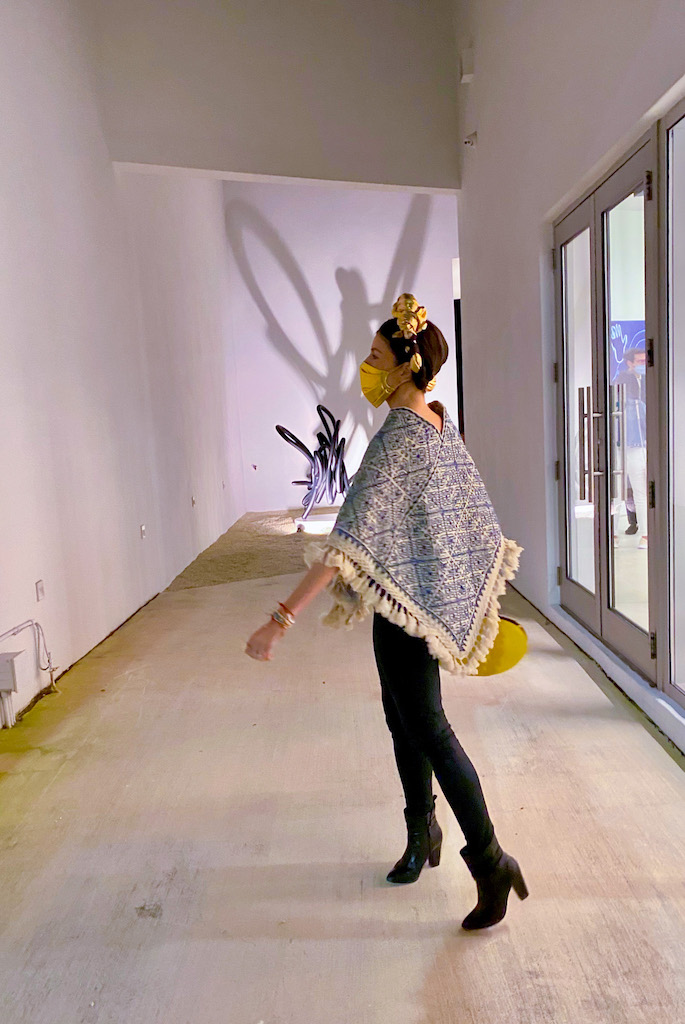 You’ve made it this far 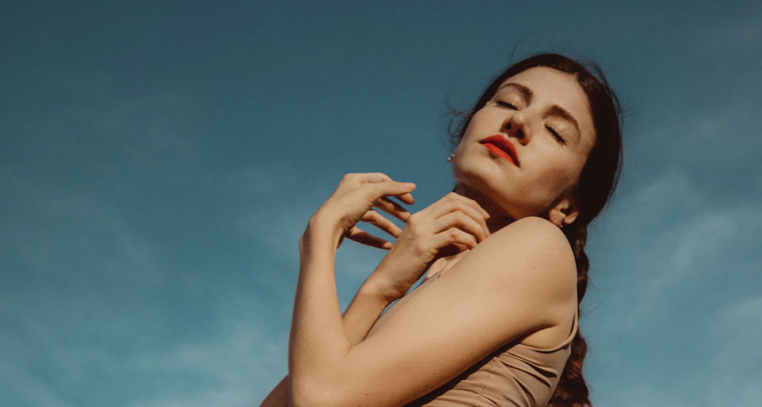 I think we all deserve a virtual hug. We really do. Simply for waking up and doing whatever we do, putting our heart into it, when everything is against us. This year, the road we walk has had more valleys than mountains. The mountains have been steeper than never. But we are still trying. I […]

Braided Conversations with Amy Gerstler, author of Scattered at Sea 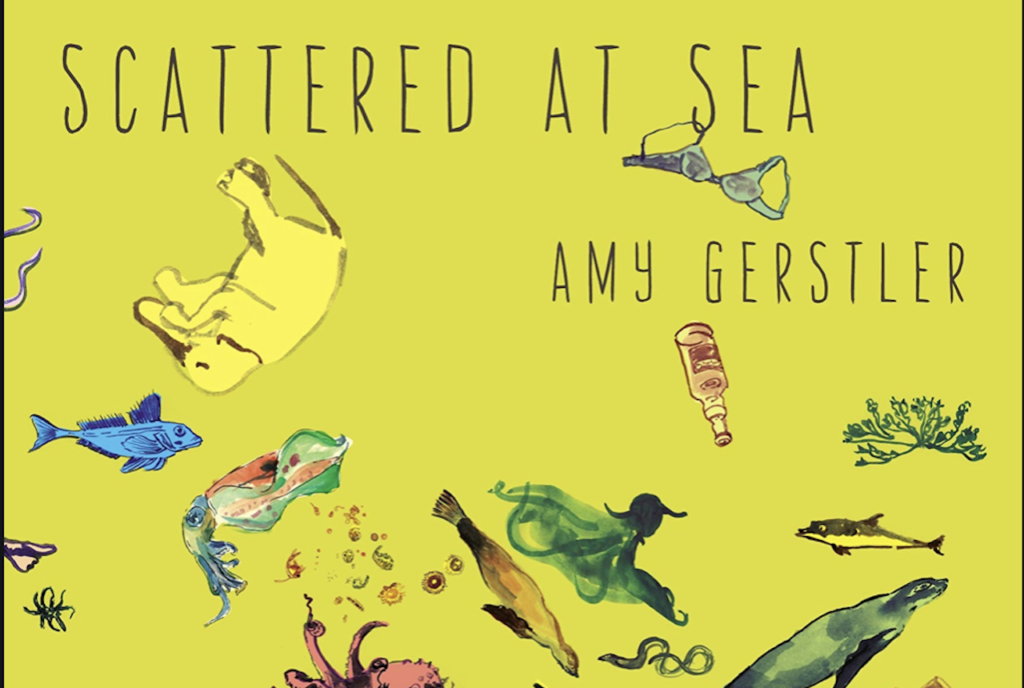 Amy Gerstler is known for its wit and complexity. Her poetry deals with themes such as redemption, suffering, and survival. Author of over a dozen poetry collections, two works of fiction, and various articles, reviews, and collaborations with visual artists. The audio version is available wherever you listen to podcasts under ‘Braided Conversations’. Thanks for […]

Requiem for the lines we crossed 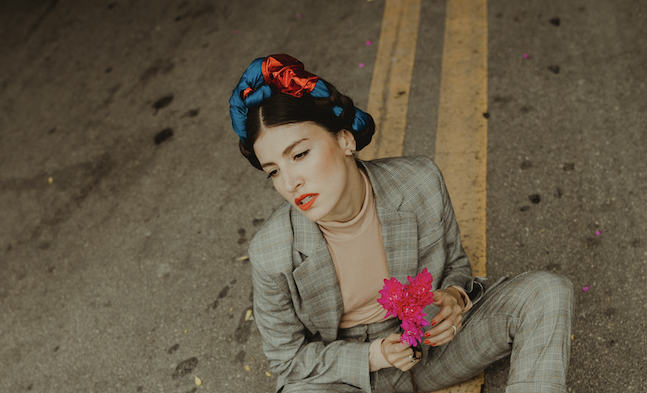 Once upon a time there was a line, one of those that should not be crossed. Straight and confident. Vertical. Parallel to humanity. Dividing the good from the bad. On one side, threats against curiosity. Warnings not to cross it. On the other, uncertainty. Darkness Nobody really knows what there is. When in doubt, most prefer to look away into the distance, from […]

A shield to protect yourself from the world 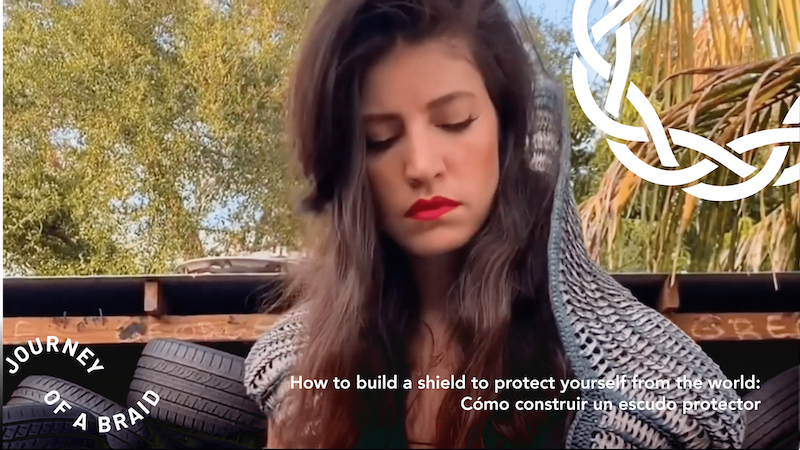 I am an optimist, but the world seems to be falling apart. It’s  time to build an energetic shield to protect yourself from the world. 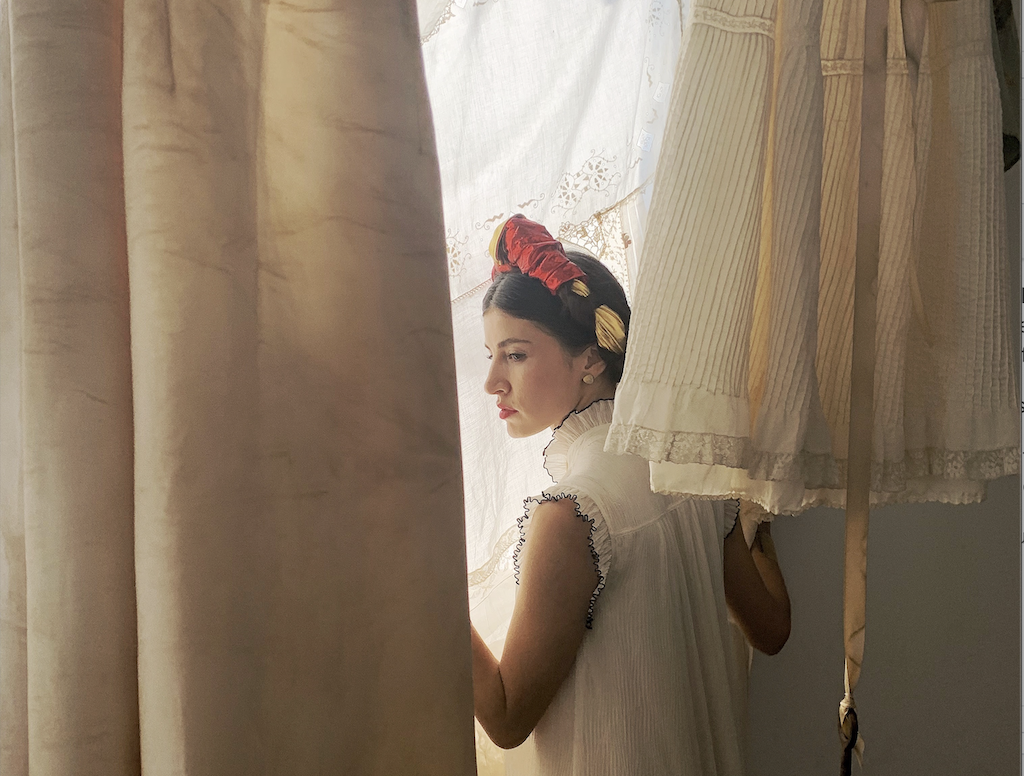 Our time in this physical body is limited, and that truly unites us. Death is the one condition attached to every form of life. When we do Day of the Dead altars, we call upon our ancestors. They come from the region where Death is from. They come here for a day, to the land […]

Dear you: Live with intention 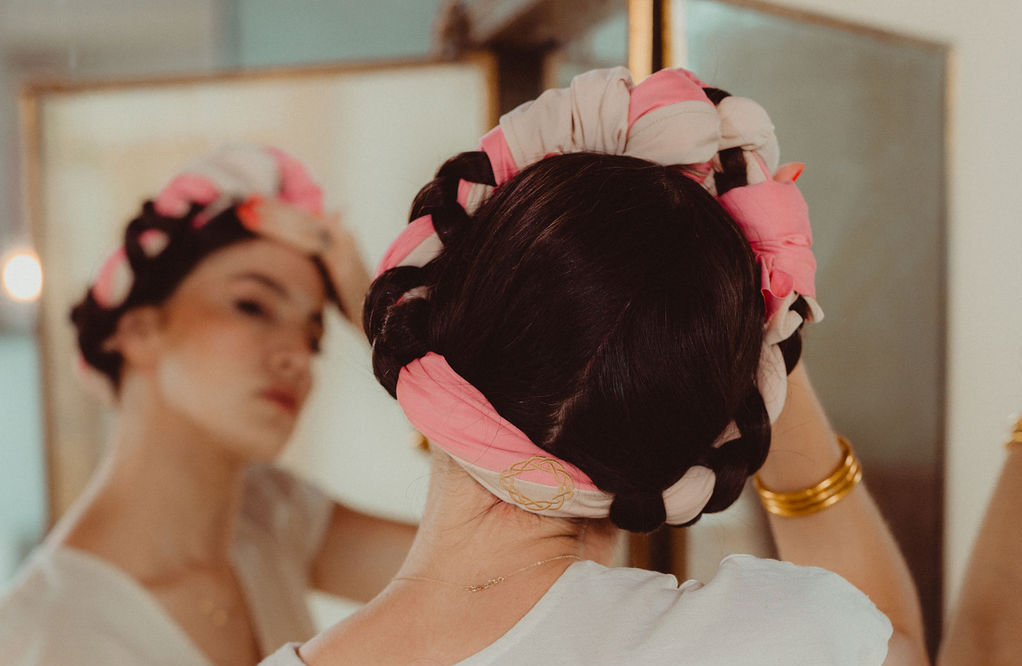 The braid. A braid is so much more than a hair-do. This is what my braid is made of. And this is where the journey begins.

All the things that could have been 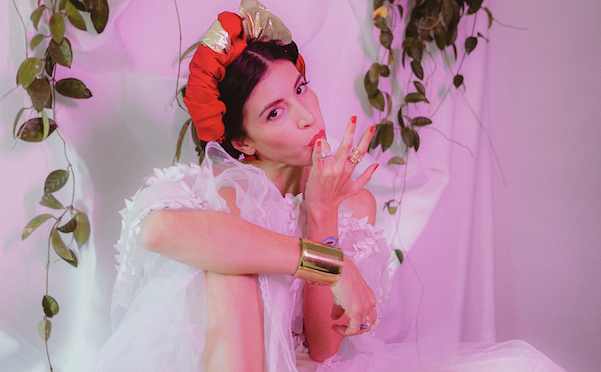 Braided Conversations: The Labyrinth of Solitude 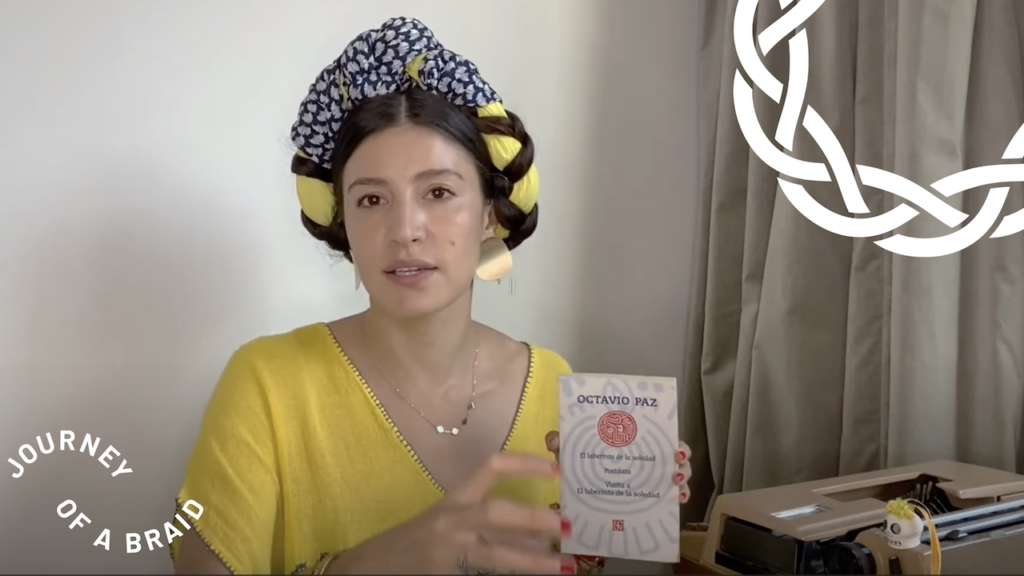 “The Labyrinth of Solitude,” a beautifully written and deeply felt discourse on Mexico’s quest for identity that gives us an unequalled look at the country hidden behind “the mask.” We build perceptions on the identity of others through the stories that we hear or read about them. There is so much to be told about […]

Made in Miami: Agustina Woodgate 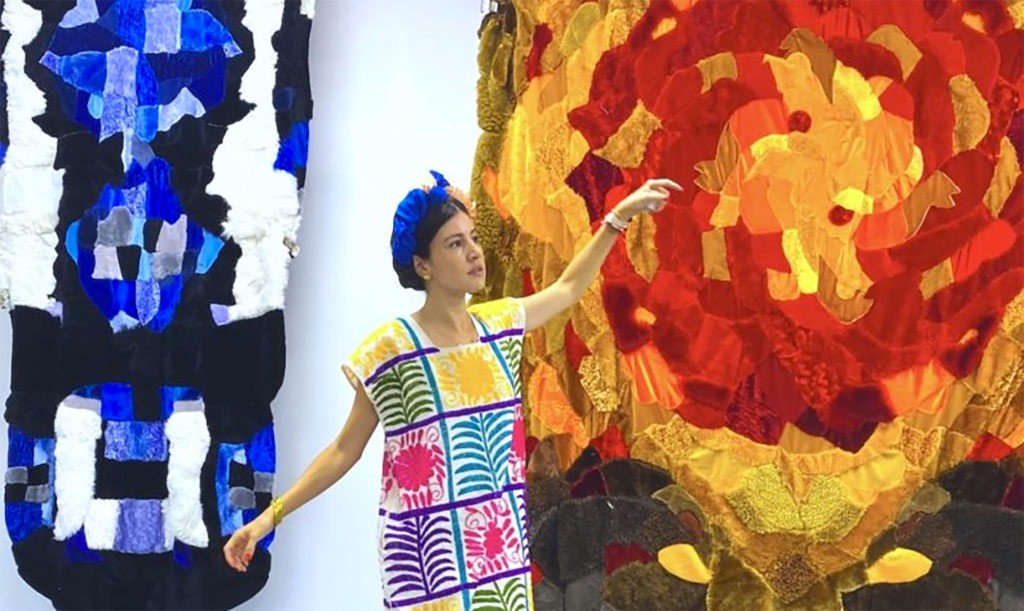 It takes a lifetime to loose respect to matter, meaning material things that were created with a specific purpose. It starts when people tell you what things are for. They mean well, but often they don’t leave room for improvisation. In Latin America, need often gives way to creativity. 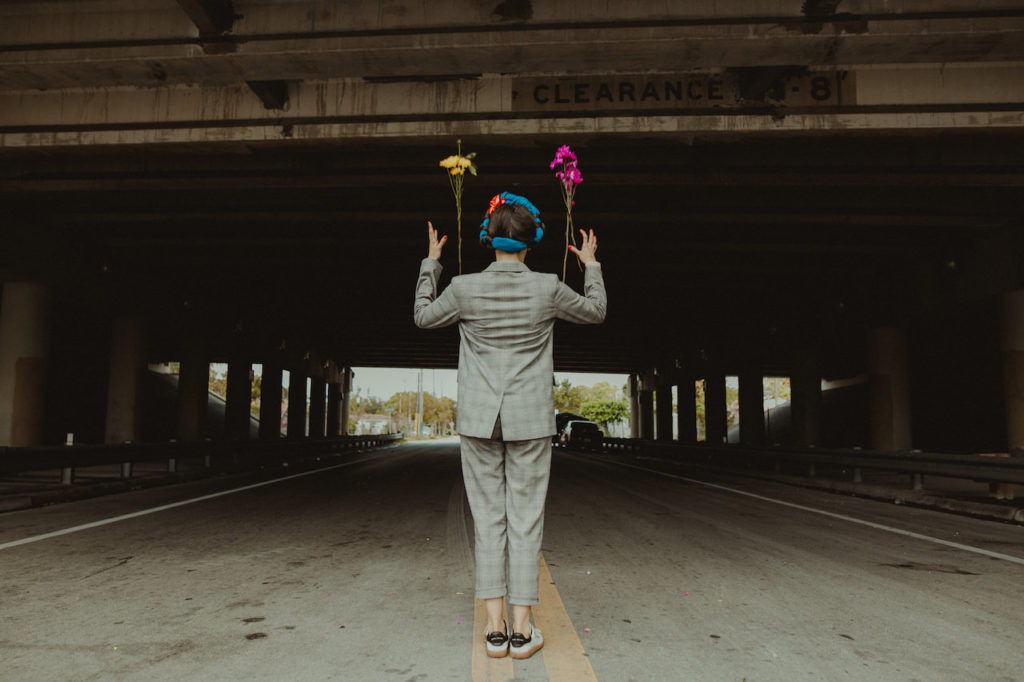 Frontiers; religious frontiers; physical frontiers; language frontiers; social frontiers, and ideological frontiers. And yet for every frontier there is also the possibility of building bridges. And bridges are not direct entry-points. They are not doors either. They are a different way to wend one’s way through the route of understanding something that can often feel […]

Life in times of Coronavirus. 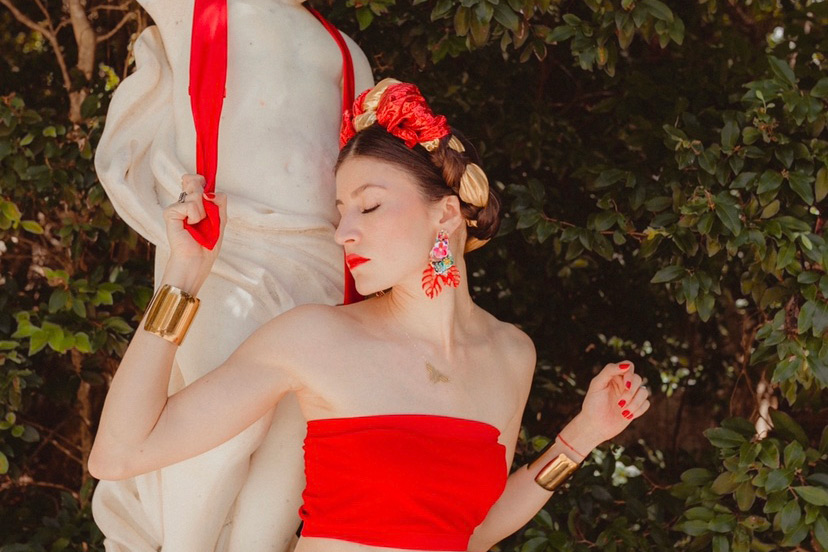 Here we are, going through the same crisis almost at the same time: some countries are still living in the past, while others live in the future and we try to make sense of our present.

On why I braid. 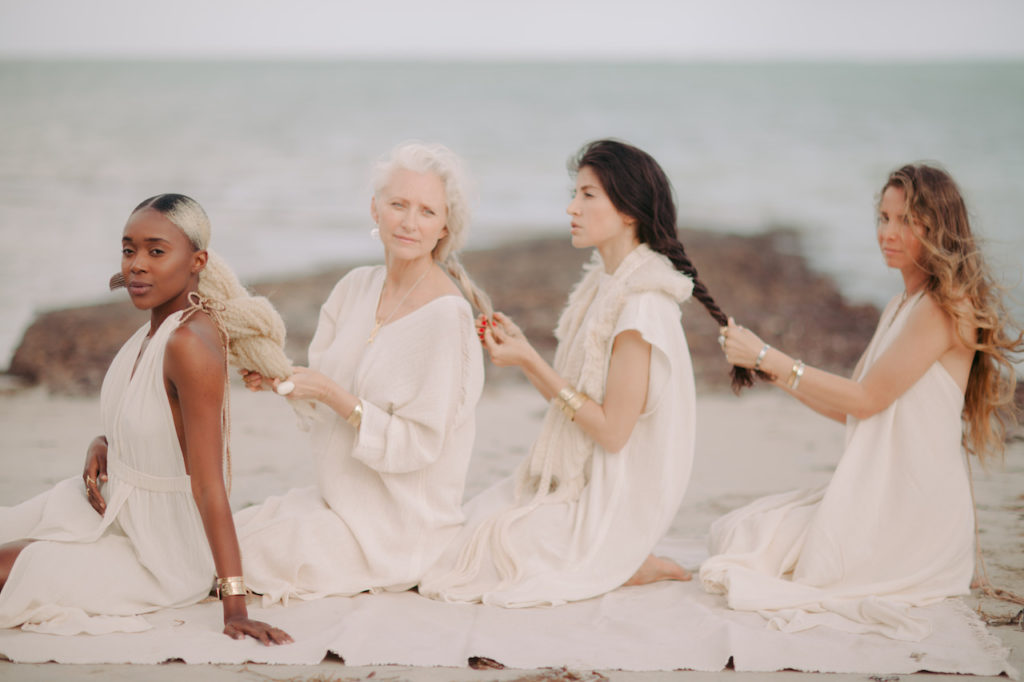 In time, you learn that there’s a difference between taking someone’s hand and braiding their soul because once a soul finds its way into your heart, you can’t let go. Undoing that braid and leaving the hair adrift would create an incredibly deep scar. So deep, that the now unbraided soul will forget in time that the scar is even there, hidden under logic, and excuses created as an attempt to help it heal. 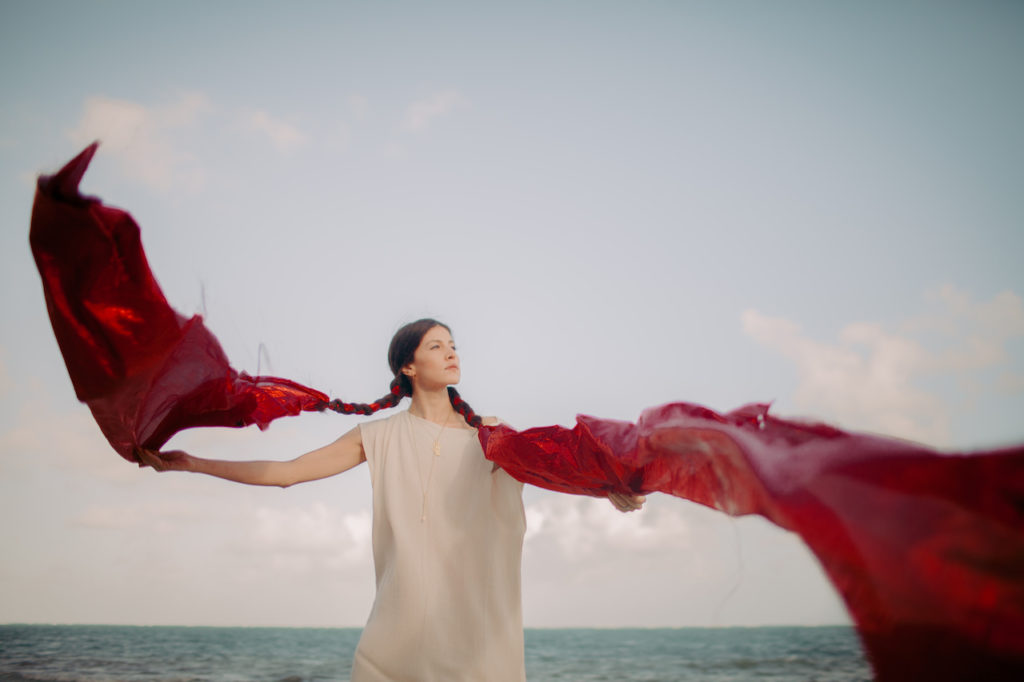 Ideas and insights into the future are up in the air. If you listen, sometimes you are able to grab them. But more often than not, the noise around you doesn’t allow you to listen. Yet when you do, you gear towards your purpose, as abstract as it might seem.

Threads to the past. 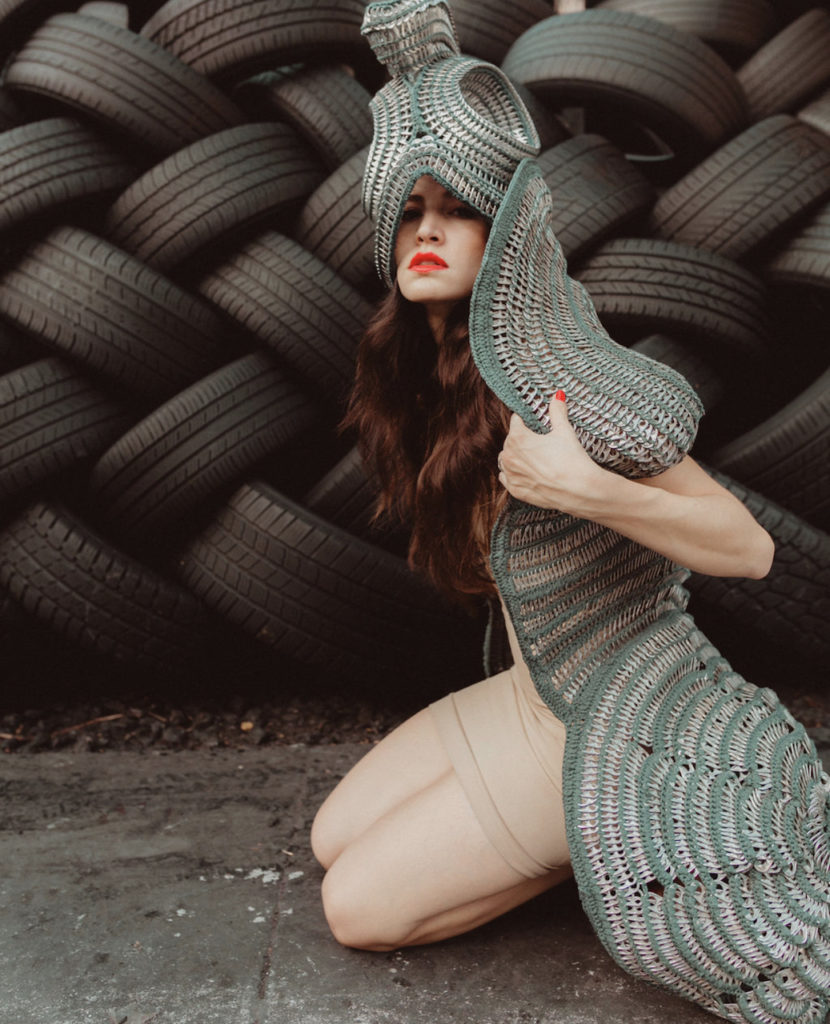 My grandmother used to say to me, ‘you can lose everything, except for the things you know, because no one can take that away from you.’ It is one of those phrases that often comes back to me, and that I repeat to my children. The quarantine has taught all of us the importance of developing an inner world, which is usually a result of our individual curiosity, and is cultivated by knowledge. 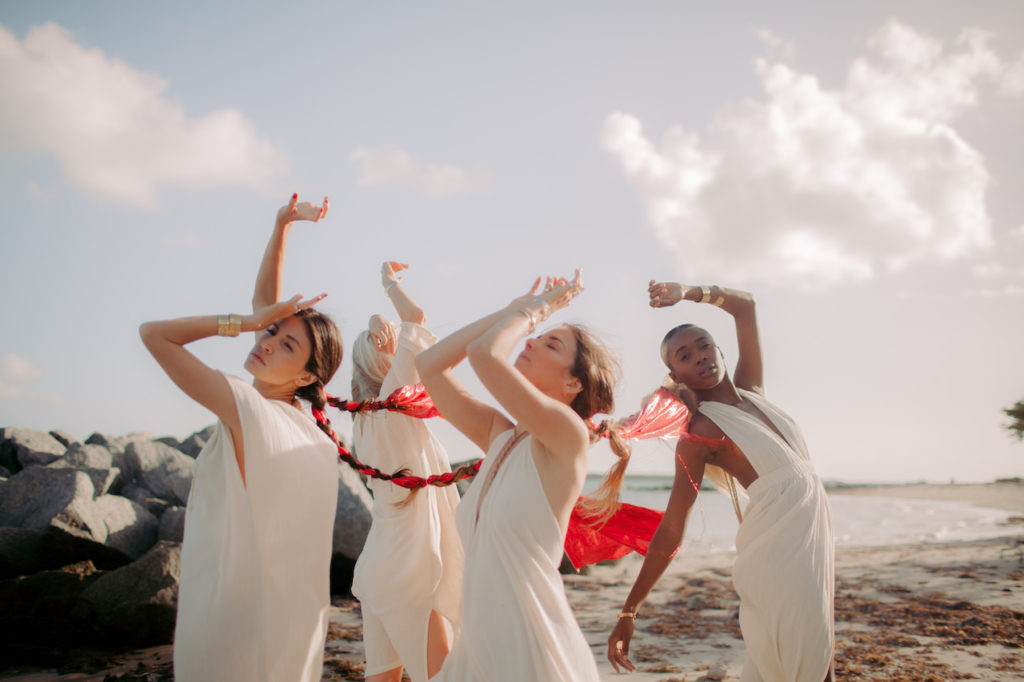 Braiding is a portal into the heart. It’s a ritual as old as humanity and has always been an energetic exchange of the outmost importance that transcends time, nationality and religion. For me, in Canvas, the headpiece I wear, which is inspired by the Tehuana tradition from Oaxaca, I have found a visual symbol of the invisible, and often imperceptible thread that braids us together. It reminds us that we are one. 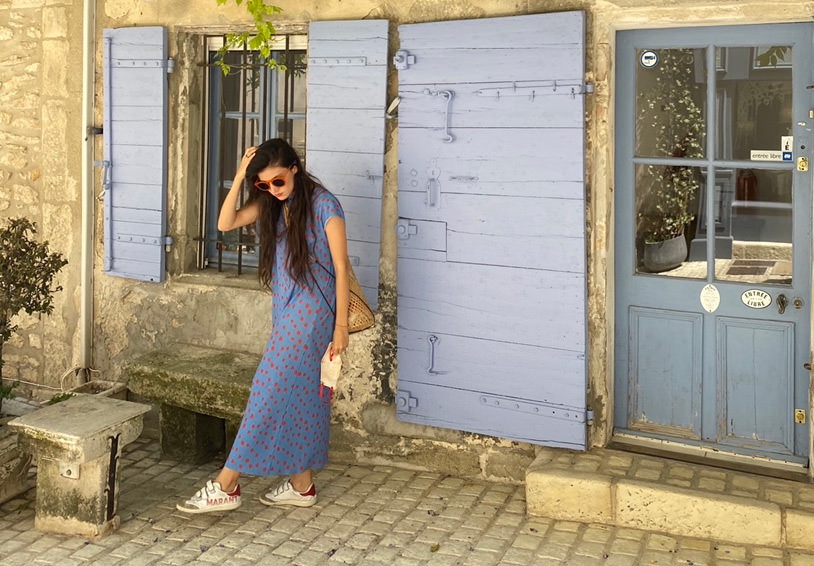 Saint Remy de Provence is one of the oldest towns in France. The medieval style of construction with irregular walls are proof of this. I arrive to the Eglise Cathollique Collegial Saint Martin, an ancient church where the first thing that stands out is the Virgin of Fatima, on a very large pedestal of porous stones. The domes in the roof are a beautiful shade of blue worn by time, giving a feeling of impermanence. They are a reminder that our existence is limited. 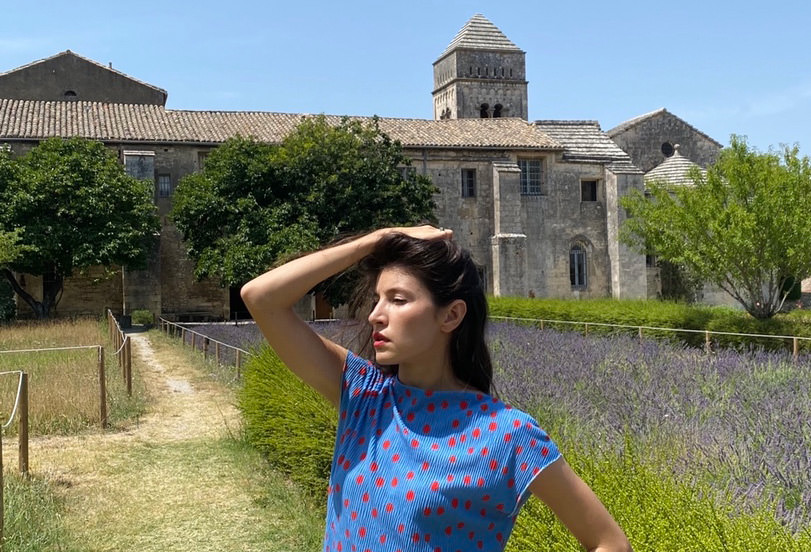 A kilometer away from where Saint Remy de Provence ends, an unparalleled tour of the specific landscapes painted by VanGogh begins, with physical imagery that references his work. 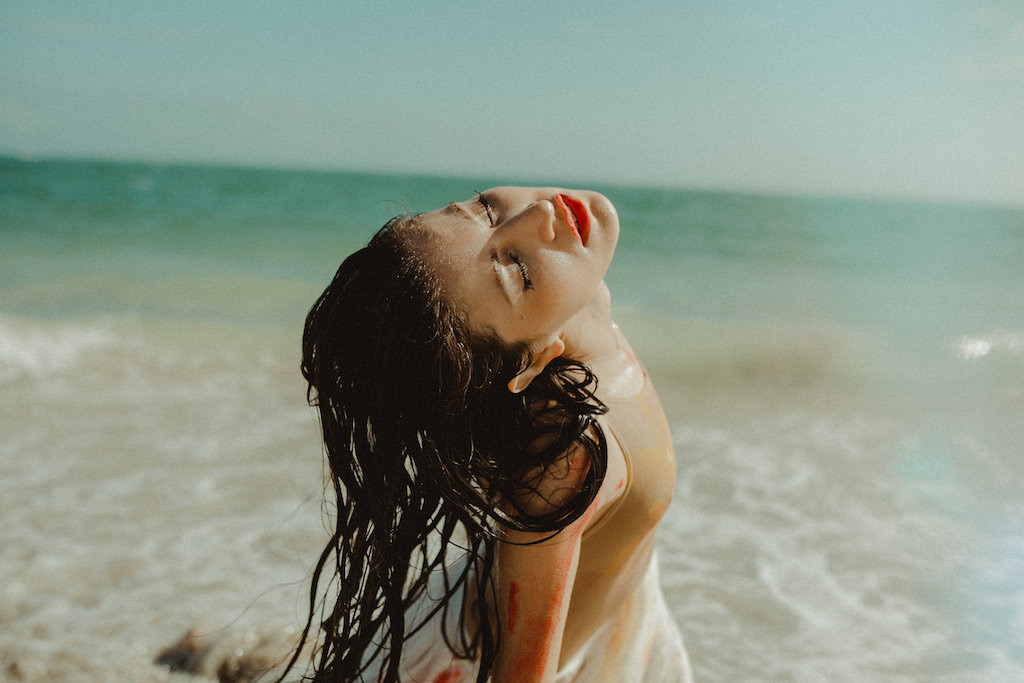 I’ve always believed we all have this one thing that we bring to the world that we understand differently to everyone else, but have you ever felt that you can’t find a way to channel this talent?

On the surface of the unimaginable. 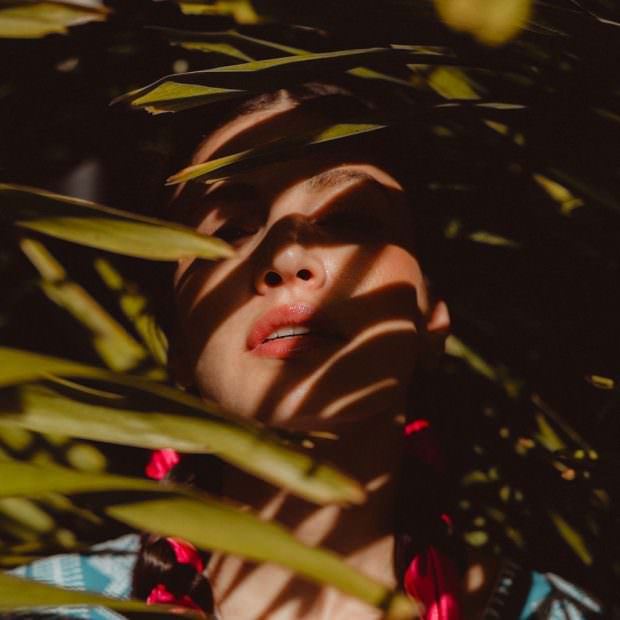 The unimaginable happened. Time stopped. We have a truce for better or worse; we have a moment of silence to just be who we are, to remember who’s inside, aside from expectations, from timelines or deliverables. And yet that instant gratification system that we created and that we’ve become so accustomed to, forces us to keep ourselves busy. 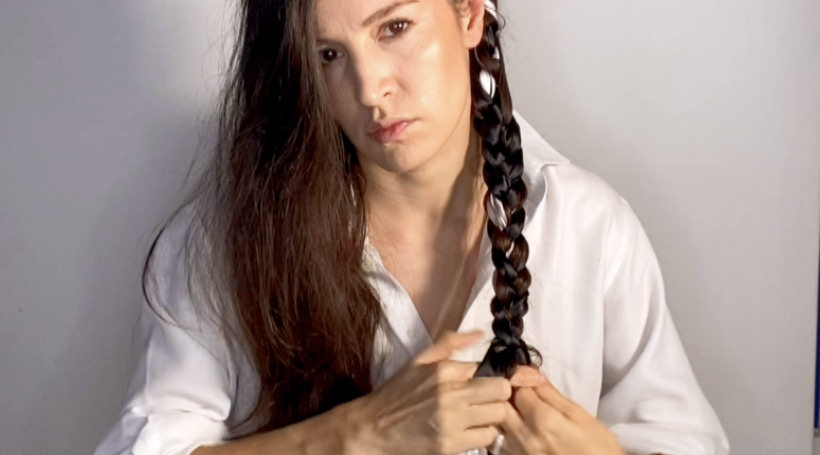 We share the same consciousness, but we have forgotten.

The places we go back to: Journey through France. 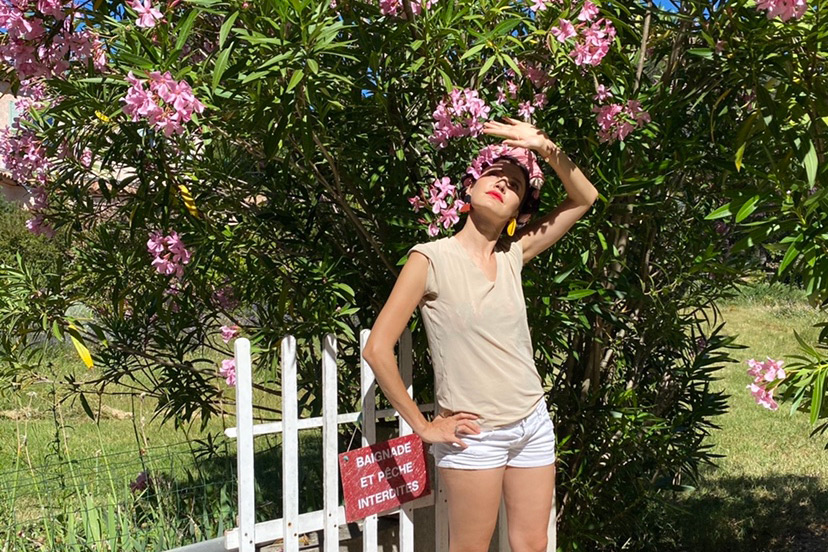 How curious are those places that you constantly travel to. Those that become silent spectators of your life.

The Surrealism of Belonging. 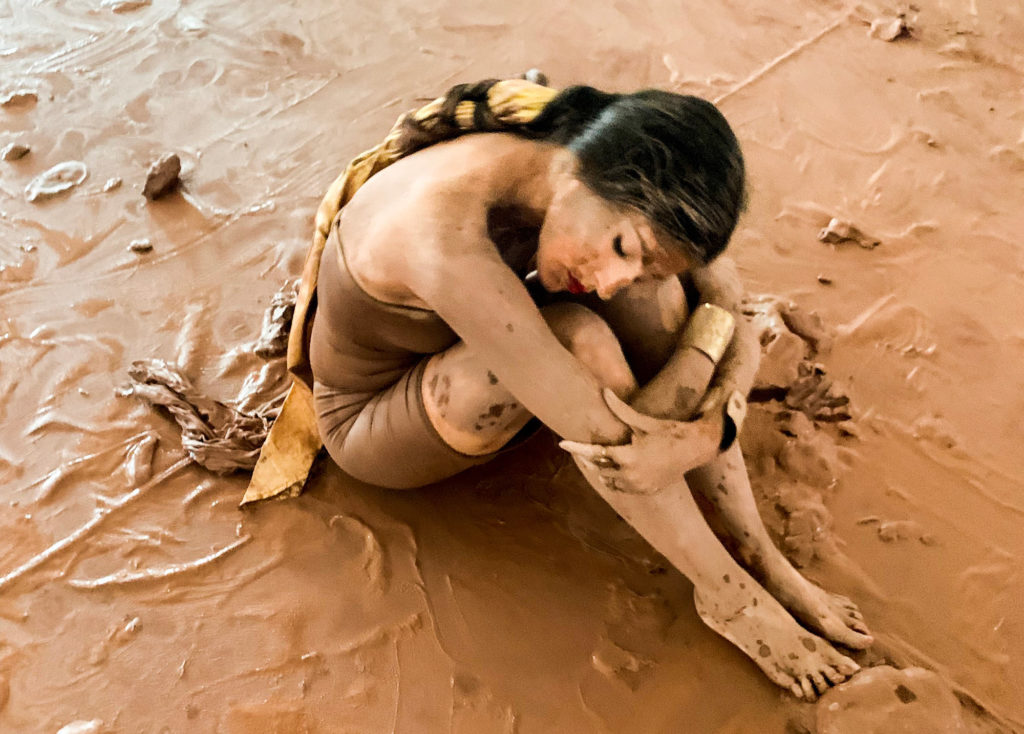 There is something very special about having surreal real friends; they have the capacity to pull you into their surreal worlds.

Cinco de Mayo should be celebrated after all. 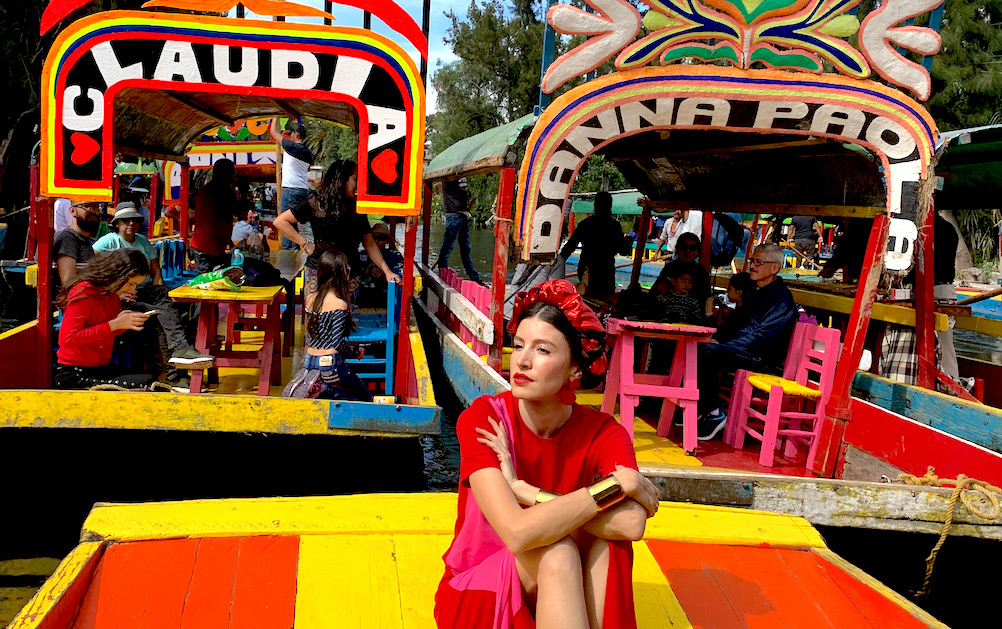 I must confess, I’ve never celebrated Cinco de Mayo. I actually used to judge people who do, because it’s an absolute fallacy. In our country we seldom speak about it. It’s really not special. The two main events in history that are truly celebrated everywhere are our Independence Day and our Revolution. And yet, the United States is not aware of those dates. They always stick to Cinco de Mayo.

Traveling in times of COVID. 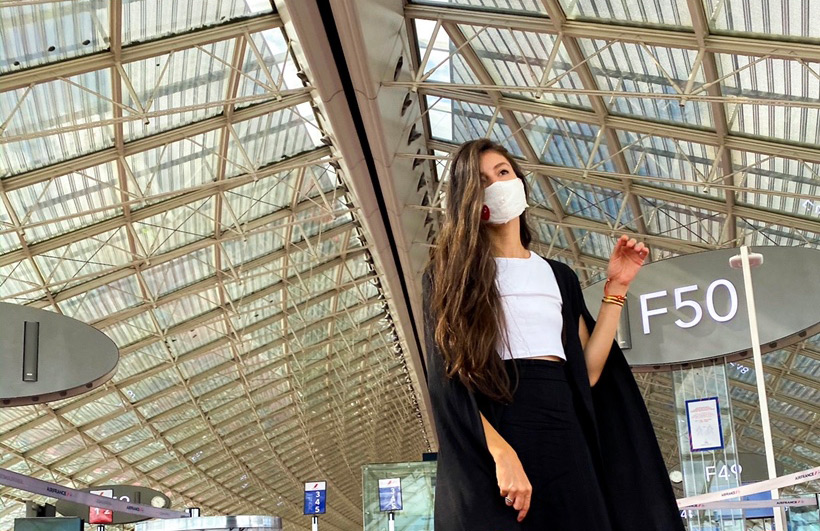 Traveling had become so common: there we were, flying from one country to the other without thinking. And now, all of a sudden, borders are more present than before. The passports you have access to, determine where you can and cannot go, creating a feeling of disconnection that underlines the fact that even though we are the same species, we are not seen as such. 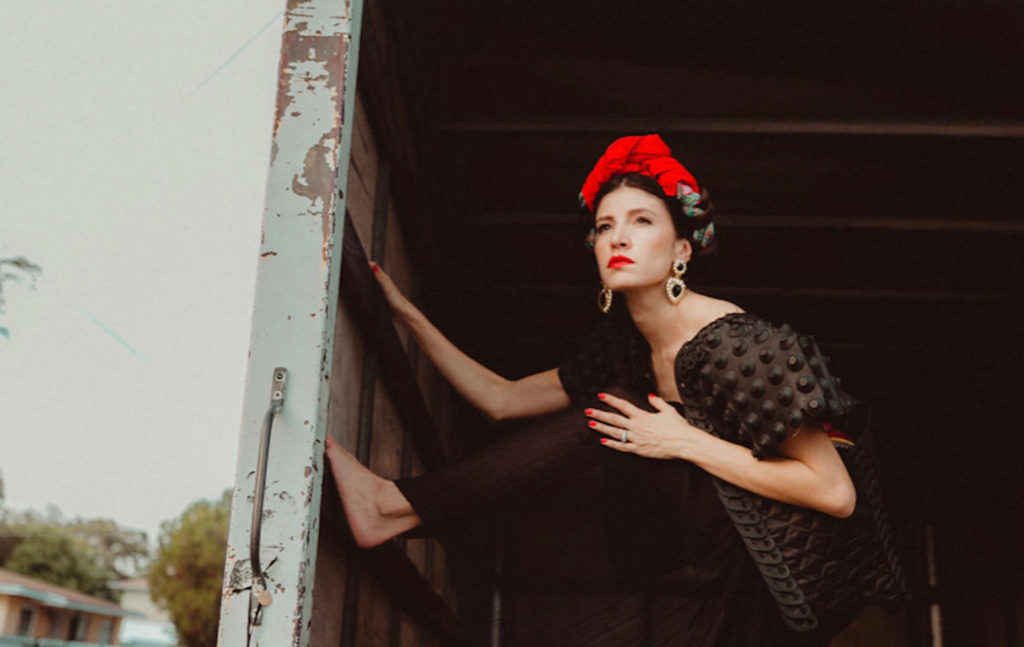 It only seems to be getting worse these days. Is this the way it goes? Does it always need to get worse before it gets better? I don’t want to know how much lower we can fall as humanity. I want to think we’ve learned from the mistakes of the past when it comes to war, corruption and racism. I want to think we are better than the past generations. I want others to see the loops in time that we go through: the cycles that keep repeating themselves. I’ve seen it with my family, and yet it’s quite prevailing in the macro-cosmos as well. As we engage in these never ending turns where we repeat the past, we need to change lanes: to jump, and shift our destiny.

Journey through the USA: Charleston and Savannah. 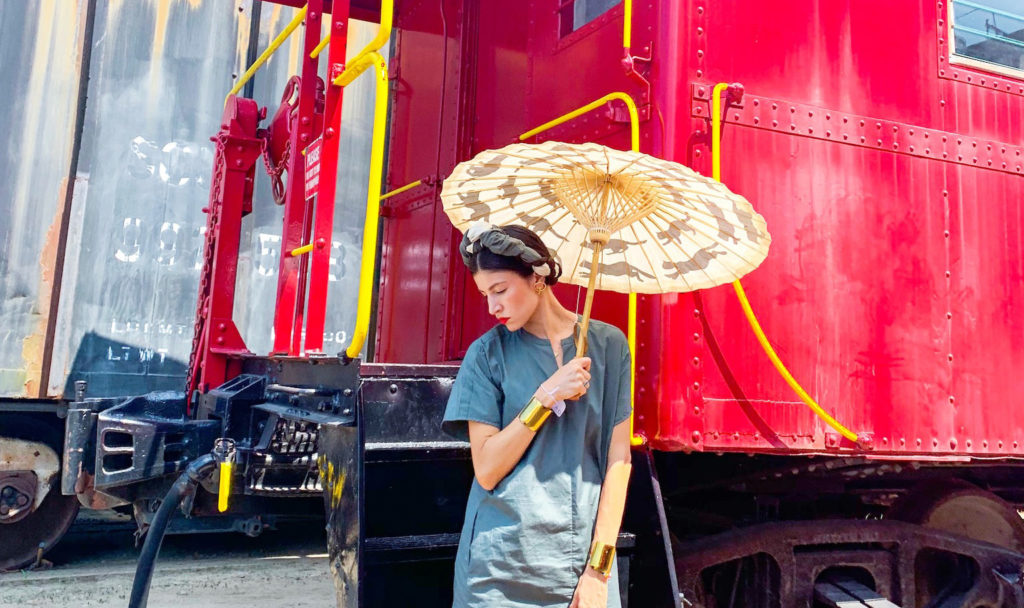